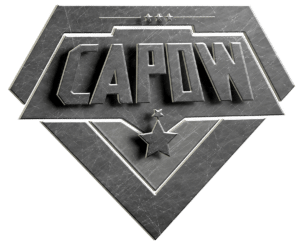 Who doesn’t love a superhero!? Aren’t they just awesome with their fancy costumes and super powers, saving people’s lives and saving the world. How could you not love ’em!?

Well we love them so much, that we’re currently running the Ultimate Superhero Experience in our amazing studio! For kids AND big kids, you’ll choose from a range of official Marvel and D.C costumes from ages 4 to adult, or you can really nerd it out and bring your own! Immerse yourself in our superhero studio set featuring smoke, music and movie grade props in which you can come to life as your favourite superhero, as our talented photographers engage you into character and heroic poses!

We thought we’d put together a few fun facts about some of your beloved super characters!

OKAY, so here’s your first fact! So you know that big green guy, you know, the one who turns big and green when he’s angry, cause what other colour would it be?… Well originally, Stan Lee wanted to make him grey! But due to issues with printing, they decided on the iconic green… and if you haven’t guess it yet, we’re talking about The Hulk, duh.

Next fun fact! The legend that is Superman ‘Man of Steel’, was suppose to be a superVILLAIN. That’s right, we couldn’t believe it either! And not only that, he was meant to be bald! Not that there’s anything wrong with being bald, bald is beautiful, but… c’mon! Superman is known for having fabulous super-shiny-swept-back-jet-black hair (that was a mouthful), featuring that famous sexy curl out front. And that’s how he’s meant to be. And that’s that. Oh, and it was decided to make him a good guy cause that clearly had way more potential!

FUN FACT NUMBER 3! Batman is really smart, like, super smart! With an IQ of 192, he beats both Stephen Hawking and Albert Einstein who both had IQ of 160. Also, we’ll spoil you with another terrific Batman fun fact, there is a course at the University of Victoria (Canada) called ‘Science of Batman’. HOW ridiculous but awesome does that sound? Brb, off to study Batman science.

FUN FACT CONTINUES! Spider-Man was the first teen-hero who wasn’t an adults sidekick, and at one point, he was meant to have 6 arms and even became a giant spider… that sounds a bit redonk’ so we’re glad they changed their minds on that one.

FINAL FUN FACT! In the early editions of Iron Man, Tony Stark’s boots would turn into roller skates. One serving of justice, with a side of small fries and a milkshake! Personally, we think roller skates would of actually been pretty cool! Right? Yeah, totally.

So there you have it! And now you can go ahead and share these fun facts with everyone!… well, maybe not everyone, preferably the nerdy kind otherwise it may be wasted on some, and we wouldn’t want that would we. And remember to spread the word about Bartley’s Ultimate Superhero Experience, because we all know someone who is dying to let out their inner superhero. And if you think this is something for you, then what the heck are you waiting for!? Don’t miss out and book with us today! BAM!

FIND OUT MORE ABOUT CAPOW! 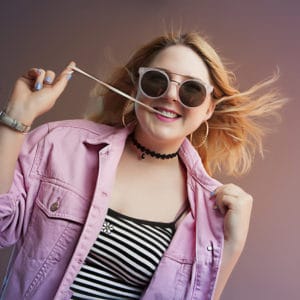