What I love about working here is what we stand for and what our aim is. Namely to produce images that people are going to want to show off for generations.

We’re not HappiSnapz or KwikPix, where you get 400 questionable images from your 15 minute session on a DVD for £7.50 and a free mug thrown in if you spend over a tenner.

If you use us, you’re buying an image that you’re going to be bursting with pride with, and that’s going to on your wall for the next 20 years, so you want that perfect moment captured forever, and that’s not going to happen if the photographer is an inexperienced, unbothered trigger happy clicker, waving the camera around like a toddler with a water pistol, using the same lighting set up shoot after shoot, with the whole group feeling awkward, embarrassed and self-conscious. Fortunately for us, and for me, our photographers are at the top of their game. The expressions they are able to capture, due to the ease at which the families are, are testament to their ability. Couple this with correct lighting techniques and set ups and you’re on your way to getting a great shot.

On occasion however, that perfect moment might be seemingly spoiled by something unpreventable. There could be a stray hair going across your eye. Maybe a rogue pimple popped up overnight, or a rugby collision the day before has left a shiner, or even something as innocuous and unnoticeable as your shirt becoming untucked and looking untidy can at first thought, ruin an image.

When you delve into it, there’s so many ways in which a photograph can be ‘spoiled’, a perfect moment lost forever, and it’s here, when these unglamorous accidents occur, where the role of a retoucher comes to the fore.

When editing an image, there’s a fine line between retouching it and keeping the reality and personality of peoples features, and overdoing it to the point where someone looks like they’re on the cover of Vogue.

Aunty Mildred is fully aware that she isn’t the body double of Katy Perry, and so any enhancements, like blemish removal, or skin tone softening has to be subtle. This type of retouching makes up 90% of my role, and the biggest indication of me doing my job correctly is the changes / enhancements / alterations going unnoticed.

Every now and then, when editing a show, I come across an image that begs me to do more than just clean up the background and remove a few blemishes. It’s putting my interpretation on that image, and if I had to choose ONE specific aspect of my role which I like the best, it’s working on these type of images.

Naturally, something like a new-born shoot doesn’t give much scope for a digi piece, those are all about the intimate moments and closeness between parents and their new arrival, however, during the recent Olympic Sports inspired shoots, they provided me with a wealth of images on which to try out some ideas, with the photographers using dramatic lighting and dynamic angles. We saw some amazing families visit us, and it makes me very proud that many of these digi pieces were actually selected and ordered.

If I was pressed on it, I think my favourite one is the footballer image of Jacob and Joel standing forehead to forehead. I can totally relate to being that age and basically living with a football under my arm and I was delighted when Clare decided she wanted that image.

I thought it might be nice to describe, in not TOO much detail, both my thought process and the editing process, and show a little video of the evolution of the image from start to finish. 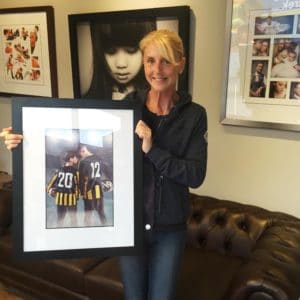 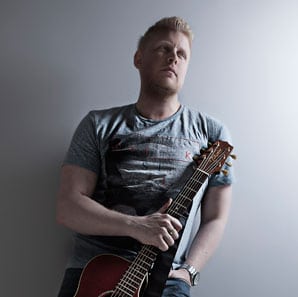