So, the flame went out on the 2016 Olympics in Rio on Sunday, bringing to an end 16 days of intense sporting action.

There was a great sense of pride watching our athletes compete. I don’t think anyone expected us to improve on our performance in our own Olympics 4 years ago in London, no other nation has ever improved their performance after a home games, but as it turned out, this was Great Britain’s most successful ever Olympics, winning 67 medals in all, including 17 bronze, 23 silver and an amazing 27 gold medals, 2nd only to America and eclipsing the likes of China and Russia.

There’s a certain buzz and aura that sweeps the country whenever the games are in full swing. In the same way the Olympic rings symbolise the uniting of athletes to compete, the country seems to come together in supporting our athletes. There’s not many other scenarios I can think of offhand for example, where I’d set my alarm for 2am to wake up and watch something, but the 5000 meter final made me do just that, and seeing Mo Farah’s delightful bald head moving away from the pack was, for me, one of the most inspiring sights of the games.

The other great thing about the Olympics, and in particular OUR athletes in these games, is the ability to inspire generations. It wasn’t lost on me that at these games there was something different about the younger athletes we were seeing perform. For once, we were watching a new generation of assured athletes whose formative years had not been spent watching and emulating the great British “plucky loser”. Our athletes, and sportsmen are now immersed in a new environment where sport in Britain is throwing up more and more heroes and role models. It’s like we’re not dreaming of success any more, we’re actually expecting it. This can only be great news for the games in 2020 in Tokyo and for our future athletes.

Sport in general is a great way to bring families together and create special moments, whether it be Dad and lad following the same team, Mum and daughter donning their gymnastics leotards, or siblings swimming together. These moments tell their own story, and when captured forever are one of the most cherished things a family can possess.

Sporting interests have always been a large part of our family portrait shoots anyway, but over the last few weeks it has reached a different level. We have had a raft of future sports stars come into our Warrington studio from all over Manchester, Liverpool and Cheshire. Obviously football is always popular, but we have sessions based around swimming, cycling, taekwondo, boxing, athletics, equestrian, archery, gymnastics, tennis and more.

In reaction to this surge of interest, we have explored different ways of shooting the sessions resulting in breath-taking images. Our images have such stunning impact, as they are shot in the dynamic commercial style that many huge brands would use when shooting sporting figures.

If you like the look of what we do and would like to experience a photoshoot like this at Bartley Studios, don’t hesitate to get in touch with us on 01925 256 530. 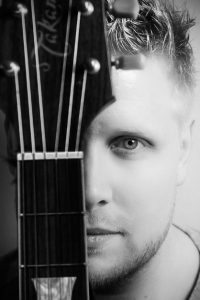