What were you looking to achieve from your shoot with us?

We really wanted to focus on getting images of Aubrey & her personality at this age, she was already 9 months and we hadn’t had any professional pictures taken of her.

Tell us about your family

Aubrey was 9 months old at the time of the shoot. Me & Sean have been together for 11 years and married for 4, which was the last time we had photos taken professionally.  Our time before Aubrey was spent mostly renovating the houses we lived in, having nice holidays, having spare time to do things like….watch a movie or sleep! (which we miss) & generally enjoying life together. We had Aubrey in September 2016 and have been awake ever since. Obviously enjoying every single second. But our interests are now whatever interests her. She loves swimming, we go to the zoo, do lots of baby classes like messy play & dancing & spend lots of time with her cousins & family. 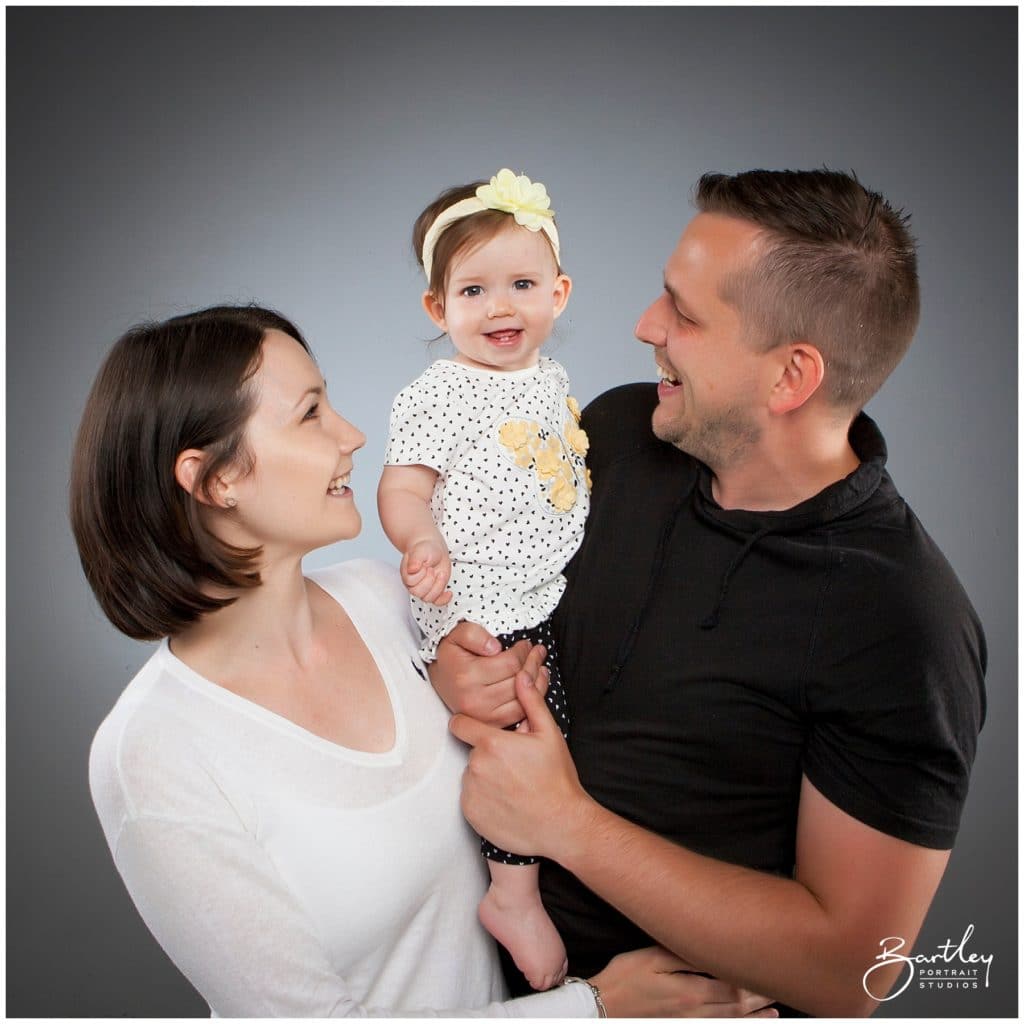 We haven’t done anything like this before, however we will definitely be doing it again. At the viewing we even joked about getting a discount for when we have our next child. It was a really fun experience and we would recommend it to anyone.

Why did you think that Bartley Studios would be right for you?

We found Bartley studios at Geronimo Festival, where they took a free picture of Aubrey and we got a voucher for a discounted family shoot. Soon after, we took a look at their website and images and felt they had a really nice, natural style, which we liked. 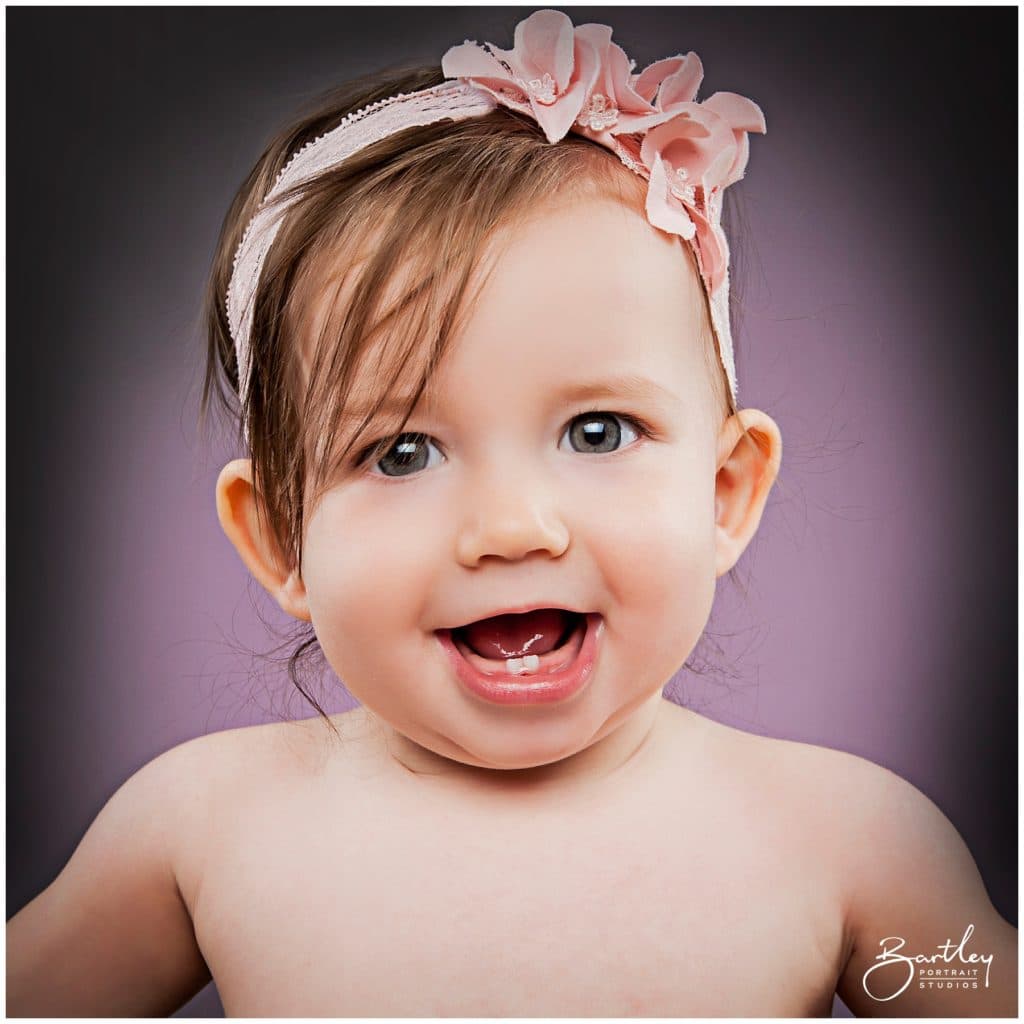 What props and personal items did you bring and why?

Chris called us the week before the shoot to talk through how things would go and what to expect. He asked us about Aubrey’s interests and if she had any personal items we could bring. She doesn’t really have a favourite teddy that would ‘age’ well on a photo so we had to think outside the box.

She’d recently started to enjoy ‘helping’ mummy with the washing, so we chatted about taking a washing basket and clothes for her to play with. Chris was quite excited about this as he hadn’t shot anything like this before either so it was new for us all.

As an after thought Sean & I thought it would also be nice to get a picture of Aubrey playing with paint, as she loves to do this at her messy play classes. Sean actually made a mini easel and paint pallet the morning of the shoot…which wasn’t stressful for me whatsoever. Leaves everything until the last minute!

Were you worried about any parts of the session beforehand and if so what?

I was worried about being in the photographs, as after having a baby you don’t particularly feel at your best and generally always look tired. I thought I was going to ruin the lovely family pictures. Before I left the house I was sure I would just be in one or two pictures then we’d move straight on to Aubrey. However Chris quickly put us at ease and allowed us to enjoy the shoot and I’m so glad as I really love the pictures we have now as a family. 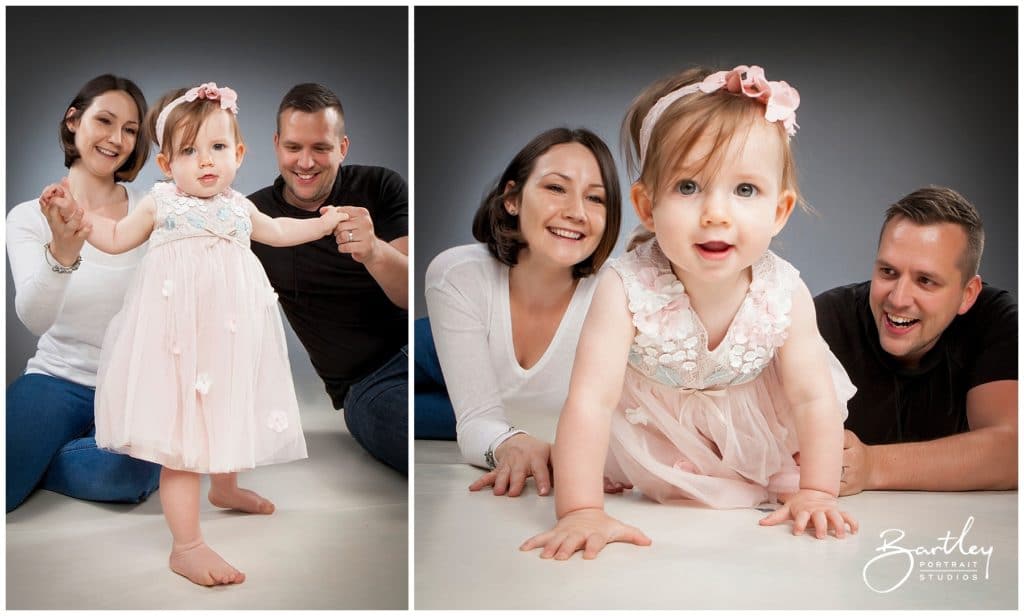 The experience as a whole was amazing. We really enjoyed the shoot itself and had lots of fun, although the time seemed to go very quick. We could have easily spent another hour pulling silly faces and making funny sounds to get the smiles we wanted from Aubrey…..(Chris had to do a bit of this to get the natural smiles from us too) But I think we enjoyed the viewing the most. We were played a video to music of the best images taken on the day, which have been individually edited & I just remember smiling from ear to ear from start to finish. The pictures were incredible! Then its the really hard part….whittling the images down to your favourites.

What advice do you have for other clients coming for a shoot with us?

Just relax and enjoy it. They know what they are doing and will get some magical shots for you to treasure.

What was your favourite image overall?

I still cant pick one. We bought two images as wall art as they fit into our home nicely, but to pick a favourite is impossible. We ended up having all of the images on a USB as they were just to good to never be seen again.

If you are interested in coming along for a Family Photoshoot, then please take a look at the following pages…